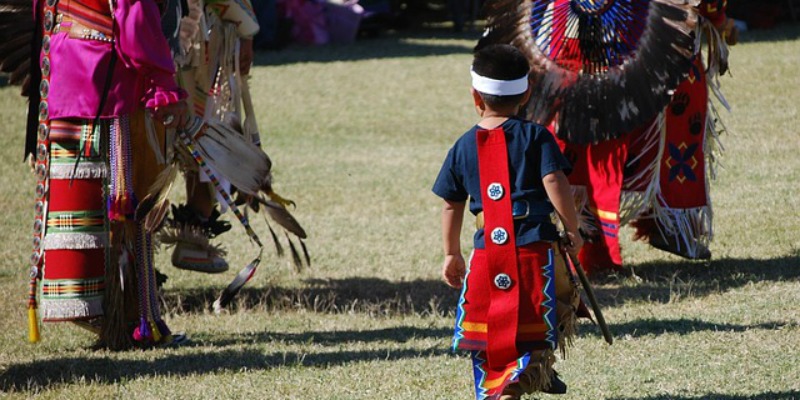 Looking at the title of this article, you are probably scratching your head thinking “how can it be”? A lot of Native Americans nowadays are far too often diabetic and/or obese, their diet is far from qualifying as “healthy”.  That’s unfortunately the truth. However, this article is about a traditional Native American diet, the diet that was a staple of their culture for hundreds of years. This is really advice modern day Native Americans are saying as well.  Kibbe Conti, a nutritionist who works with tribes nationwide, stated:

“It started when Indian people were no longer free to live off the land. After the tribes were placed on reservations, they were fed government rations of processed food. Much of reservation lands could not be farmed. The shift from hunting, gathering and farming to a cash economy in the early 1900s forced family members to leave home in search of work.”

Dr. Weston Price , traveling around the world in search of the secret to health, interviewed Dr. Romig in Alaska who stated, “that in his thirty-six years of contact with these people he had never seen a case of malignant disease among the truly primitive Eskimos and Indians, although it frequently occurs when they become modernized. He found, similarly, that acute surgical problems requiring operation on internal organs, such as the gall bladder, kidney, stomach and appendix, do not tend to occur among the primitives but are very common problems among the modernized Eskimos and Indians. Growing out of his experience in which he had seen large numbers of the modernized Eskimos and Indians attacked by tuberculosis, which tends to be progressive and ultimately fatal as long as the patients remained in modernized living conditions. Now, he now sends them back (when possible) to primitive conditions and to a primitive diet, under which the death rate much lower than under modernized conditions. Indeed, he reported that, “a great majority of the afflicted recover under a more primitive type of living and nutrition.”

This is a very eye opening observation. So, let’s take a look at the diet that made the past generations of Native Americans so powerful and healthy.

Why You Should Follow a Traditional Native American Diet

When Dr.Weston Price lived among the indigenous people, he noted how healthy they were and that they had an almost complete absence of tooth decay and other dental deformities. So what made them so healthy?

Animal foods and Wild game
One of the most important aspects of a traditional Native American diet is that it was based on wild game. The diet was high in protein and low in fat.  It’s important to note that Native Americans consumed the entire animal. They utilized bones and organ meats which can also be contributed to their superb health.  This is something that is lacking greatly in our modern diet. We consider organ meats as a byproduct where in fact they are the most nutritious part of an animal. Animal foods are very important for our health as they contain fat soluble vitamins that can not be found in plants, such as a complete form of Vitamin A and vitamin D. These  animal foods, such as butter, liver, fish eggs, cream and animal fat were considered sacred by the Native Americans.
Berries

Growing wild across many parts of America, blackberries, strawberries, blueberries and raspberries were a very important part of many Native American diets.  Berries, especially blueberries, contain a very impressive long list of nutrients. But most of all they act as a  high free radical, scavenging power and eneergy in the body.

The antioxidants in berries and other fruits act as “scavengers” of free radicals, which create a destructive process on the cellular level, causing molecules within cells to become unstable.
Roots

Native Americans utilized the roots, leaves and bark of the sassafras tree in a variety of ways. Sassafras tea helps to detoxify the body and treats high blood pressure. Additionally, this herb is a useful diuretic that eases symptoms of arthritis and rheumatic conditions. Sassafras also provides relief from gastrointestinal problems, kidney ailments and troubles with the skin.

Many tribes preferred broth and herbed beverages to water. Bone broths are very high in minerals like calcium, phosphorus, magnesium, etc. They are formed in a way that is easy to absorb.  Bone broth also contains valuable nutrients including collagen, gelatin, hyaluronic acid, chondroitin sulfate, glycosamino glycans, proline, glycine, calcium, phosphorus, magnesium and potassium. They promote healthy joints, bones, ligaments and tendons as well as hair and skin. Native Americans also drank a lot of various teas.  Sassafras was a favorite ingredient in teas and medicinal drinks. Sassafras tea was considered to be a blood purifier and the essential oil was used in liniments. Sassafras was refereed to by Spanish explorers as a miracle cure for  malaria and symptoms like fever and chills. North American Indian tribes used sassafras as a tonic after labor, to cure venereal diseases, rheumatism and to fight colds and fevers.

A traditional Native American Diet is highly nutritious and rich in superfoods. Many of the wild plants consumed by Native Americans are considered inedible by our society. One of these plants are dandelions. (you can find it here)   “Compared to spinach, one of our present-day ‘superfoods,’ dandelion leaves have eight times more antioxidants, two times more calcium, three times more vitamin A and five times more vitamin K and vitamin E.  Dr. Robinson, the author of, Eating on the Wild Side: The Missing Link to Optimum Health

As you can you see,  a traditional Native American diet was free of refined sugar, white flour, vegetable oils, canned foods, milk and processed foods.