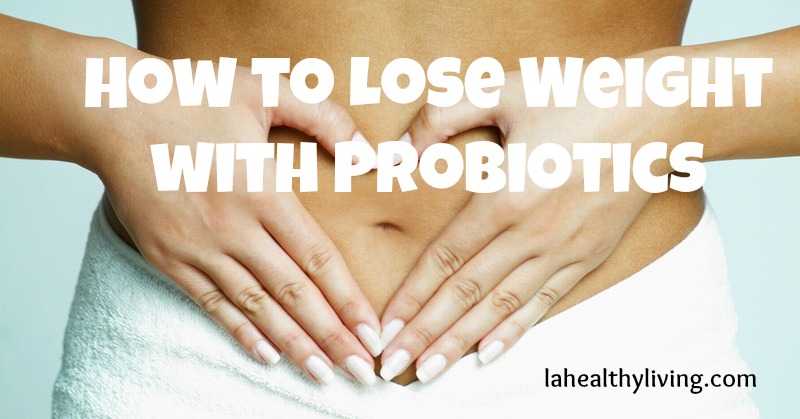 Your gastrointestinal tract houses some 100 trillion bacteria—about two to three pounds worth. In all, the bacteria outnumber your body’s cells by about 10 to 1.

Your intestinal bacteria are part of your immune system, and researchers are discovering that microbes of all kinds play instrumental roles in countless areas of your health. For example, beneficial bacteria, also known as probiotics, have been shown to:

Beneficial bacteria also control the growth of disease-causing bacteria by competing for nutrition and attachment sites in your colon. This is of immense importance, as pathogenic bacteria and other less beneficial microbes can wreak havoc with your health if they gain the upper hand. It can also affect your weight, as you’ll see below.

For all of these reasons, and more, I always recommend a diet rich in whole, unprocessed foods along with cultured or fermented foods. A high-quality probiotic supplement can also be a helpful ally to restore healthful balance to your microbiotia—especially when taking antibiotics.

Bacterial imbalance in your gut can be made worse by processed foods and foods that have been pasteurized or sterilized. Other factors affecting your gut flora include where you live, your age, your stress level, and any health issues you may have. Like processed foods, sugar also promotes the growth of disease-causing yeasts and fungi.

In case you don’t have reason enough yet to re-evaluate your sugar and fructose intake, here’s another twist in the sugar-obesity connection: researchers have discovered a difference in gut bacteria between the overweight and those of normal weight.2

In the obese, a bacterial strain known as firmicutes is found in much greater abundance than in leaner individuals. In those of normal weight, the bacteroidetes strain is in greater supply.

The firmicutes bacteria appear to be much better than the bacteroidetes strain at turning calories from complex sugars into fat. As those who are overweight begin to slim down, the bacterial balance shifts from predominantly firmicutes to predominantly bacteroidetes. Research published last year discovered that as much as 20 percent of the substantial weight loss achieved from gastric bypass, a popular weight loss surgery, is actually due to shifts in the balance of bacteria in your digestive tract.3

Bacteria Can Affect Your Food Cravings, and Weight Loss Success

According to the most recent study, a strain of friendly bacteria called Lactobacillus rhamnosus also appears to be quite helpful for weight loss in women.4 As reported in the featured article:

“The controlled clinical trial was set up so that the first 12 weeks women were guided to eat less food and some were additionally given the Lactobacillus rhamnosus. After 12 weeks the amount of weight loss was greater in the group receiving the friendly flora supplement.

Over the next 12 weeks the dietary restrictions were lifted, and the friendly flora was continued. Those women not taking Lactobacillus rhamnosus now gained weight, whereas the friendly flora group continued to lose weight. The weight loss benefit was linked to measurements of the bacterial profile of the digestive tract.This study is the latest to show that the balance of power in the digestive tract is a metabolic variable of high importance and nothing to ignore as part of a long-term successful weight loss plan.”

As it relates to weight management, one hypothesis states that your gut bacteria may in fact be in control of your appetite. Recent research5 suggests there’s a positive-feedback loop between the foods you crave and the composition of the microbiota in your gut that depend on those nutrients for their survival. Microbes that thrive on sugar, for example, can signal your brain to eat more sweets. Other studies6,7 have shown that certain bacteria found in your gut can produce insulin resistance and weight gain by triggering chronic low-grade inflammation in your body. Three such culprits include:

Yet another recent study revealed that a breath test of the gases given off by your gut bacteria might actually be able to predict your likelihood of becoming obese. The study found that people with high levels of hydrogen and methane in their breath are more likely to have a higher body-mass index (BMI) and proportion of body fat.10 This, the researchers believe, may be because the related gut bacteria influence your body’s ability to extract calories from food, leading to weight gain.

It’s important to understand that while your gut microbes may have a tremendous say in you bodily processes, YOU are ultimately in control of your intestinal microflora—through the foods you eat. Science News11 recently ran an article about how local diets dictate the bacterial balance found in residents. For example, despite living on opposite ends of the Earth, people in Malawi and the Guahibo of Venezuela have similar microbial makeup, courtesy of the similarities between their native diets.

“Americans, on the other hand, have a distinctive microbiome with about 25 percent less diversity than indigenous Venezuelans,” the article states.

One of the primary differences between the diets is meat consumption. Malawian and Guahibo diets are high in corn and cassava, with an occasional piece of meat. Americans, on the other hand, are far more carnivorous, and also eat far more bread, lettuce and tomatoes, potatoes, pasta, milk and dairy products. The microbial makeup of the three groups reveals these dietary differences. Needless to say, altering your diet has a direct impact on the microbial community residing in your gut—for better or worse. According to Science News:12

“A more recent study found that major diet shifts can change the mix of gut microbes noticeably in just a day. Omnivores switching to a diet of all animal products saw the biggest change, as some bacteria boomed and others declined. Microbes settled back to their previous profiles a day or two after subjects returned to their usual diets…” [Emphasis mine]

A More Complete Understanding of the Gut Could Change Modern Medicine…

There are three major collaborative efforts underway that help deepen our understanding of the human microbiome:

So far, the NIH’s Human Microbiome Project alone has produced 190 scientific papers, along with a repository of resources that scientists can access to explore the relationships between human gut bacteria and disease. The American Gut Project decided to take it a step further by allowing the American public to participate.15 All the gathered information from this project will eventually be made public. It’s an extremely ambitious project seeking to identify the parameters for the ideal gut flora, and how your diet affects it.

What’s particularly exciting about the American Gut Project is the fact that it will allow us to really evaluate and compare the effects of a very diverse conglomeration of lifestyles. Scientific studies almost always focus on carefully chosen groups of people who are studied for a specific purpose, typically to confirm or debunk a hypothesis. This project, on the other hand, will crack the lid open on the effects on gut flora of a myriad of lifestyle choices, by people of all ethnicities and ages.

If we can better understand how diet and lifestyle—whether by choice or necessity—affect your microbial makeup, doctors may eventually be able to precisely address health problems and disease through dietary prescriptions known to shift the microbial population in one direction or another.

Diet and Lifestyle Dos and Don’ts

Granted, I don’t see any point in waiting for such confirmations. The fundamentals are already quite well understood, and include a rather concise list of dos and don’ts. When it comes to diet, you want to eat mostly whole, fresh, unadulterated foods, taking pains to avoid sugars and processed/pasteurized and genetically engineered foods of all kinds. Add to that a healthy amount of traditionally fermented foods each day and you’re off to a good start.

A strong case can be made for eating organic to protect your gut flora as agricultural chemicals take a heavy toll on beneficial microbes—both in the soil in which the food is grown, and in your body. Glyphosate (Roundup), used in particularly hefty amounts on genetically engineered crops, appears to be among the worst of the most widely used chemicals in food production. As for general lifestyle advice, you’ll want to avoid well-known culprits that kill beneficial bacteria, such as:

In contrast to the pesticide effect of processed foods and sugar on the state of your health, fermented foods act as natural fertilizers, if you will—providing nutrients and promoting growth of healthy bacteria in your digestive tract. For ages, humans have used fermented foods to improve intestinal health. As an added boon, fermented foods are also some of the best chelators and detox agents available, meaning they can help rid your body of a wide variety of toxins, including heavy metals and pesticides.  Examples of healthy fermented foods include:

To Be ‘Alive,’ the Food Must Be Unprocessed and Not Pasteurized…

It is important to note that traditionally fermented foods are not the equivalent of the same foods, commercially processed and pasteurized.16 Fortunately, preparing your own fermented foods at home is quite easy, and very cost effective. For instructions, please see my previous interview with Caroline Barringer, a Nutritional Therapy Practitioner (NTP), and an expert in the preparation of the gut-nourishing foods prescribed in Dr. Natasha Campbell-McBride’s Gut and Psychology Syndrome (GAPS) Nutritional Program.

Caroline recommends eating about a quarter to half a cup (2 to 4 oz) of fermented vegetables or other cultured food, such as raw yoghurt, with one to three meals per day. Bear in mind that since cultured foods are efficient detoxifiers, you may experience detox symptoms if you introduce too many at once. So start with very small servings—as little as a teaspoon of fermented vegetables, for example, or even just a spoon or two of the juice—and slowly work your way up to the quarter to half cup serving size. This way your intestinal microbiota has the chance to adjust.

For Optimal Health, Pay Attention to Your Gut

Maintaining a good balance of gut bacteria through diet is one of the most important things you can do to increase your chances of remaining healthy and vital for a lifetime. Remember, a gut-healthy diet is one that is rich in whole, unprocessed, unsweetened foods, along with traditionally fermented or cultured foods. And, although I’m not a major proponent of taking many supplements (as I believe the majority of your nutrients need to come from food), probiotics is an exception if you don’t eat fermented foods on a regular basis.