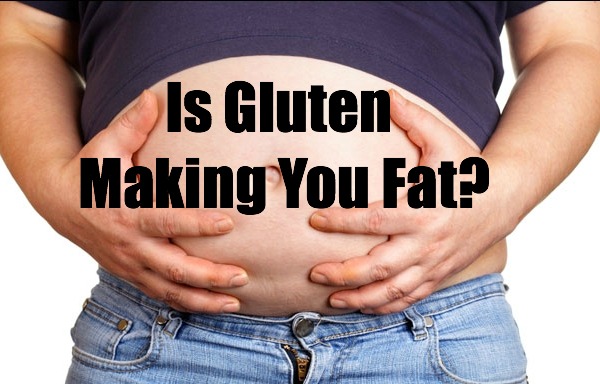 Several years ago we started experiencing the gluten free movement. Big companies jumped on the bandwagon for the chance to market to this new wave of  gluten intolerant people. That’s when most of us learned about Celiac disease. Some raised their eyebrows, how could so many people be gluten intolerant? Was it all for real, or was it just another “health nut” movement?

It turned out that gluten is not only the culprit of celiac disease but also triggers many other health problems including the inability to lose weight. In fact, you don’t have to test positive for celiac disease in order to give up gluten. We all suffer from gluten intolerance.  Gluten is toxic to your body! So what is gluten and why is it making you fat?

Wheat Belly: Lose the Wheat, Lose the Weight, and Find Your Path Back to Health

Gluten is a protein found in wheat, rye, barley and many more food additives. Gluten can be found in processed foods such as soy sauce, candies, processed meat, grain products, etc.  Additionally, manufacturing companies are not required by law to reveal all gluten sources so you might be consuming a lot of gluten without even knowing it.

Is Gluten Making You Fat?

Have you been doing everything possible to lose weight but the pounds just don’t seem to come off? Gluten might be your enemy. Most people are addicted to wheat, therefore addicted to gluten. Gluten contains a protein called gliadin. It essentially can be blamed for the constant feeling of hunger. Even though you might not be diagnosed with celiac disease, your gluten intolerance can manifest itself in bloating and inflammation. Wheat/grain consumption leads to many weight related issues such as high blood pressure, diabetes. high cholesterol, cancer, and obesity. This is due to the fact when grains get broken down into sugar, it causes insulin levels to rise therefore leading to many health  problems. (you can read more about this – here)

Going gluten free can definitely benefit everyone.  But beware, gluten free labels don’t always mean healthy. Just removing gluten from a box of cereal, doesn’t not make it a good alternative. Plus, you don’t need to spend more money on prepackaged gluten free stuff. The best way to avoid gluten  is to consume  naturally gluten free foods such vegetables and fruits.  Quinoa, buckwheat, amaranth, or millet do not contain gluten as well.  Time to clean out your pantry of processed, prepackaged food and eat real whole foods!

Wheat Belly: Lose the Wheat, Lose the Weight, and Find Your Path Back to Health