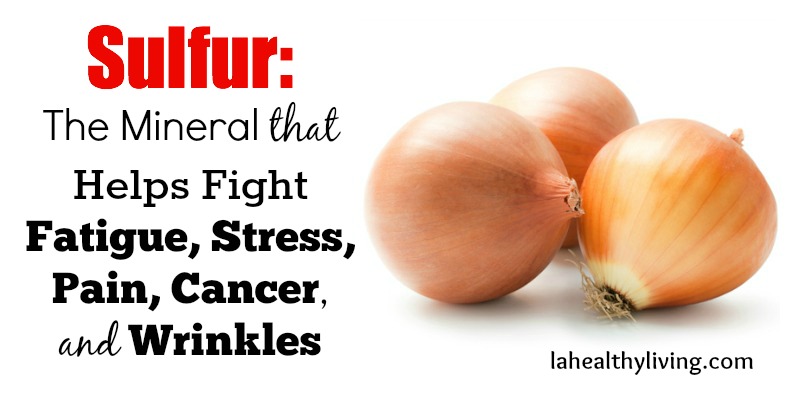 Sulfur is the third most prevalent mineral in the human body.  It is a vital compound for both skin and overall health. Did you know that  America shows the lowest levels of sulfur among people? In contrast, some of the healthiest nations in the world exhibit the highest levels of dietary sulfur. As an example, Icelanders have lower obesity, diabetes, and heart disease rates. Scientists have come to the conclusion that this is due to the line of volcanoes that formed the island nation. When the volcanoes  erupt, they cover the soil with ash that is loaded with sulfur. It leads to the enrichment of soil which in turn produces a much needed sulfur supply.

Sulfur is a mineral in our body that is absolutely required for enzyme activity, proper functioning of the immune system and hormone balance. All of our body’s cells contain sulfur and it is a component of amino acids which function as the building blocks of the body. Sulfur plays a vital role in the structure and biological activity of enzymes and proteins.  Sulfur deficiency contributes to many age-related problems such as osteopathic and metabolic diseases. (I recommend reading this book)

Is Sulfur Deficiency Making You Age Too Fast?

A diet rich in sulfur will contribute to sufficient collagen production making your skin appear younger.  Sulfur heavily affects our ability to manufacture glutathione (one of the most important antioxidants in the body) and the ability to neutralize free radicals and to detoxify poisonous compounds. Glutathione also regulates the production of prostaglandins, thus reducing inflammation and possibly affecting symptoms of inflammatory skin conditions.
As I mentioned earlier, Americans are prevalently deficient in dietary sulfur. The standard American diet is full of processed foods and grains which hardly provide sulfur. When food gets overly processed, sulfur gets destroyed.  Additionally,  our soil is sulfur deficient as well which leads to foods poor in sulfur.  The perfect way to obtain sulfur is through your diet. The highest concentration of sulfur can be found in fish and organic or grass fed beef and poultry. Additionally, it can be found in egg yolks,  garlic, onions, brussel sprouts, asparagus, kale, and fermented foods.

If you want to be sure you are getting enough sulfur into your body, you can take Epsom salt (which is full of magnesium sulfate) baths twice a week. (you can find it here)