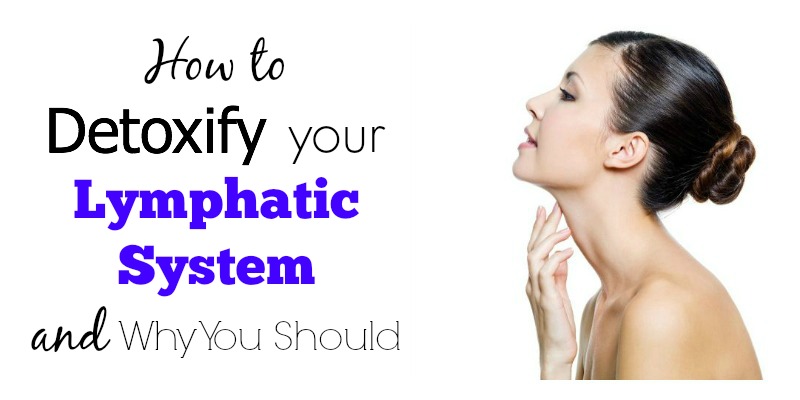 Why You Should Detoxify Your Lymphatic System

You probably know by now that we are exposed to a ton of toxins daily, to be more specific over 82,000 different toxins. When toxins build up and if we don’t detox our system regularly, our organs become overburdened which compromises our overall health.  This is where the lymphatic system comes in play. The lymphatic system cleanses the fluid that surrounds the cells in your body by removing impurities and waste products. This helps cells in the body to function properly.  An unhealthy lymphatic system can lead to serious health problems such as fibromyalgia, multiple sclerosis, chronic fatigue syndrome, obesity, aches and pains, bloating and problems with digestion.

How to Detoxify Your Lymphatic System with Castor Oil

According to Dr. David WIlliams, “No drug exists that has the ability to improve lymphatic flow; however, the job can easily be handled through the topical application of Castor oil. ” (where to find) The procedure  is very simple. All that you have to do is apply the oil to different parts of the skin. For lymphatic stimulation, just apply a castor oil pack to the lower abdomen.  Take a cotton cloth folded in several layers and cold-pressed oil castor oil.  Saturate the cloth in oil and apply it to the skin. You can leave it on overnight.  The castor oil pack will increase circulation of lymphatic fluids, reduce inflammation and improve your digestive system.

Herbs and teas can be used to purify the lymph. One of the most effective herbs to detoxify your lymphatic system is echinacea (where to find).  It is believed to boost your immune and support lymphatic functions. Echinacea is used to reduce inflammation and ward off bacterial, fungal and viral infections. Echinacea helps strengthen certain kinds of cells in the lymph nodes called macrophages, which excrete the toxins out of the lymph.

Sweat It Out in a Sauna

Perspiration is one of the best ways to get rid of toxins.  Sauna baths raise our bodies temperature, thus stimulating sweat glands. Built up toxins such as copper, lead, sodium, mercury and other dangerous chemicals are excreted through sweat.
This content will be shown after all post