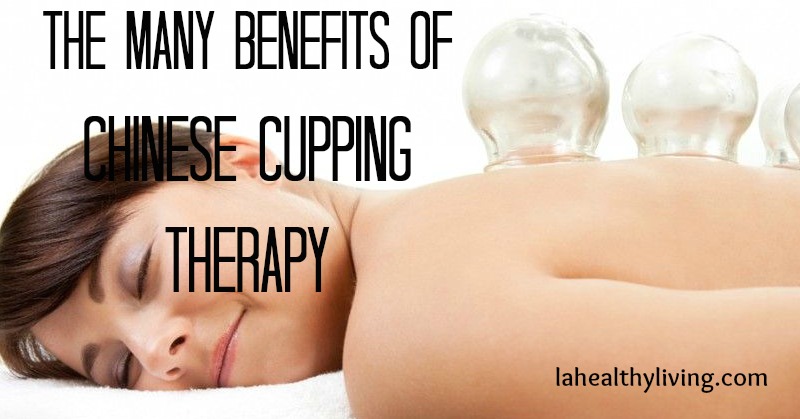 Many of our readers are probably already familiar with some of the more popular modalities of traditional Chinese medicine (TCM), such as acupuncture, massage therapy and herbal medicine. But did you know that there is another lesser-known TCM treatment protocol known as cupping therapy that can help relieve a host of maladies?

The protocol, which involves applying small cups or jars to the skin and suctioning it away from the body, dates as far back as 1500 B.C., when ancient Egyptians used it to treat fever, vertigo, menstrual imbalance, poor appetite, pain and a variety of other health conditions. Taoist herbalists later used cupping therapy to induce relaxation, expel toxins from the body and promote healthy blood flow, among many other uses.

Today, this simple and highly versatile technique is still beneficial for all sorts of health conditions, which makes it an excellent alternative to drugs and surgery for many people. Whether they are made of glass, bamboo or modern materials like silicon, these unique little cups have a confirmed track record of clinical efficacy that renders them worthy of further investigation.

How does Chinese cupping therapy work? According to the Pacific College of Oriental Medicine (PCOM), a TCM practitioner will first create suction inside the cups, one method of which involves applying rubbing alcohol to the bottom of the cups and lighting them on fire. When the flame is put out and the generated heat eventually cools, the air inside the cups contracts to create a natural suction.

The cups are then placed on the skin and either moved across it in a continuous motion, a process known as gliding cupping, or kept isolated and gently lifted. In both methods, the suction inside the cups lifts the skin away from the body to create negative pressure, as opposed to the positive pressure induced by massage. This negative pressure helps loosen muscle tissue, promote healthy blood flow and sedate the nervous system.

“Generally, cupping is combined with acupuncture in one treatment, but it can also be used alone,” explains PCOM. “Cupping is used to relieve back and neck pains, stiff muscles, anxiety, fatigue, migraines, rheumatism, and even cellulite.”

One of the reasons why cupping therapy is often coupled with acupuncture is that both treatments follow the body’s natural meridian lines, which are believed to be the pathways through which the body’s “life energy,” or “qi,” flows. Since it is traditionally used on the back, cupping therapy follows the back’s five meridian lines, which is meant to both align and relax the qi and open up all the channels through which energy flows.

“Cupping is one of the best deep-tissue therapies available,” adds PCOM. “It is thought to affect tissues up to four inches deep from the external skin. Toxins can be released, blockages can be cleared, and veins and arteries can be refreshed within these four inches of affected materials. Even hands, wrists, legs, and ankles can be ‘cupped,’ thus applying the healing to specific organs that correlate with these points.”

Cupping therapy has also been effectively used to treat lung and respiratory conditions, including asthma symptoms and the common cold. In fact, respiratory ailments are among the earliest recorded conditions for which cupping therapy was deemed beneficial.

Original Source: Natural News
Sources for this article include: