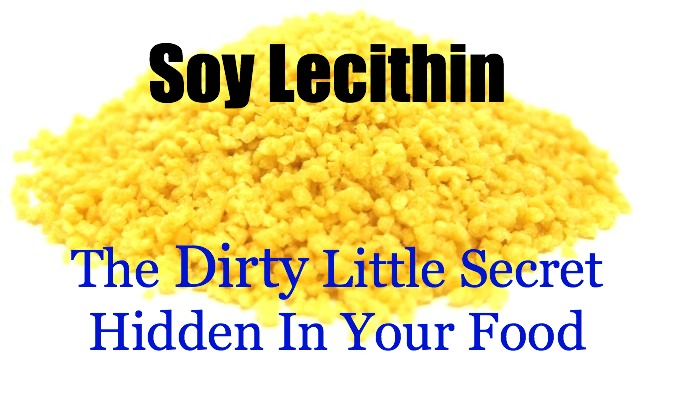 Soy Lecithin has thunderously entered our food culture. You can find it in almost all processes foods. Even health stores carry products that contain soy lecithin. As a dark chocolate lover (this is by far my favorite kind – here), I get frustrated that soy lecithin is used in almost all chocolate bars as an emulsifier. I never used to think twice about it, but now staying away from most processed foods and especially soy, it turned into a mission to find foods with no foreign substances. Most of us don’t know what soy lecithin is and whether it is somethings we should avoid.

What is Soy Lecithin?

Lecithin is an emulsifying substance that is found  in plants and produced naturally in your body. It is used in many products to keep water and fat from separating.  It helps bind ingredients together and extend the shelf life of a product. In candy bars soy lecithin is used to keep cocoa butter and chocolate together.  It is usually extracted from sources such as soy beans, eggs, milk, marine sources, rapeseed, cottonseed and sunflower. The French scientist Maurice Gobley discovered lecithin in 1805. He named it “lekithos” after the Greek word for “egg yolk.”  In the early 1900’s soy lecithin was a waste product which occurred during the degumming process of soybean oil. By 1908 the manufacturing of soy bean had flourished and they could not get rid of the waste product fast enough.  In Germany, soy processors, thought of ways to use the waste product which they named ’soy lecithin’.  By 1939 scientists had discovered over a 1,000 ways to use soy lecithin. Soy lecithin is mostly made from soy oil, which is usually derived through a chemical process hexane.

Producers of soy lecithin use unfermented soy since it’s cheaper, but if you decide to stick to your soy products regardless, look for fermented non-GMO soy sources.
The Whole Soy Story: The Dark Side of America’s Favorite Health Food