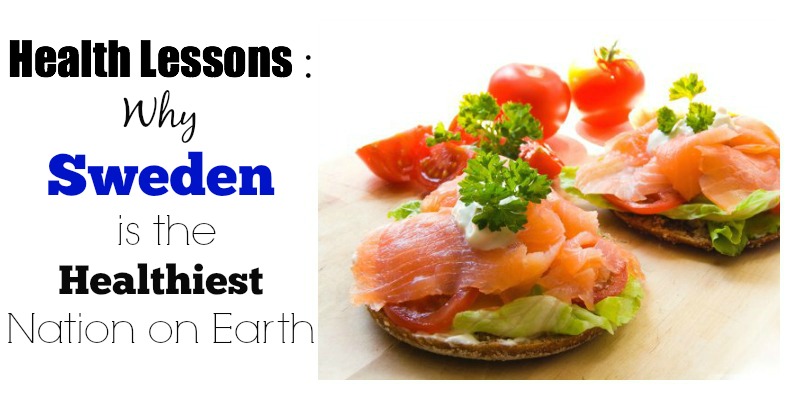 There are lots of reasons to admire the Nordic Nations.  For example, the magnificent landscapes, stunning architecture and most importantly – their health.  According to Forbes, Nordic regions such as Sweden are among the world’s healthiest top ranked countries.  Sweden is the largest of the Scandinavian countries. It not only has some of the cleanest air in the world but it can also boast about their low rates of health issues. Statistically, in Sweden, only 3 children are stillborn out of every 1000 births. And for every 100,000 people, there are only about 4 cases of tuberculosis. Their life expectancy is one of the highest in the world.  So what are they doing that we are not?

Things the Healthiest Nation on Earth is Doing

1. They avoid low fat food. Ok, there was a period of time when the Swedish switched to a low fat diet, but they have recently become the first Western nation to officially accept a high-fat diet as a means to optimal health.  This happened as a result of research that proved the low fat diet was killing the Swedish here and here.

“Butter, olive oil, heavy cream, and bacon are not harmful foods,” reads an English translation of a local Swedish newspaper, reporting on the committee’s findings. “Quite the opposite. Fat is the best thing for those who want to lose weight. And there are no connections between high fat intake and cardiovascular disease.”

2. They have excellent public healthcare that is based on a holistic approach. It’s not only well funded, but is based on the understanding that happy people are healthier. They promote evening walks and healthier professional environments. (Learn more)

3. The Swedish continue to eat most of the traditionally prepared foods that their ancestors ate. They eat fermented food and a ton of seafood which includes dried, smoked, salted, or pickled fish.  Fish is a major staple in their diet.  In Sweden, cured cod with pork fat and bacon is traditionally prepared for Christmas. Omega 3 fatty acids are necessary for proper working of the brain. Omega 3 fatty acids strengthen the immune system and are crucial for the nervous system and cell function. Omega-3 fats possess anti-inflammatory properties and are excellent antioxidants, which contribute to the removal of free radicals from the body.

Scientific studies have shown that omega-3 fat can prevent and improve the condition of the eczema, allergies, asthma, Alzheimer’s disease, depression and nervous diseases such as, diabetes, hyperactivity of children, psoriasis, osteoporosis, osteoarthritis, cardiovascular problems, as well as prostate cancer and breast cancer. Since your body is not capable of producing Omega 3, it is crucial to consume foods rich in these fatty acids. The Swedish also eat a lot of fermented foods which help break down fat, lower blood pressure, regulate the composition of blood and functioning of the nervous system and also reduces pressure on the heart. (Read more – here)

Overall, Sweden and other Nordic countries are great examples of modern countries with a traditional diet approach. They are not afraid to acknowledge past dietary mistakes, such as the low-fat approach, and they run their health system with a holistic approach… which I consider a great healthcare advancement.