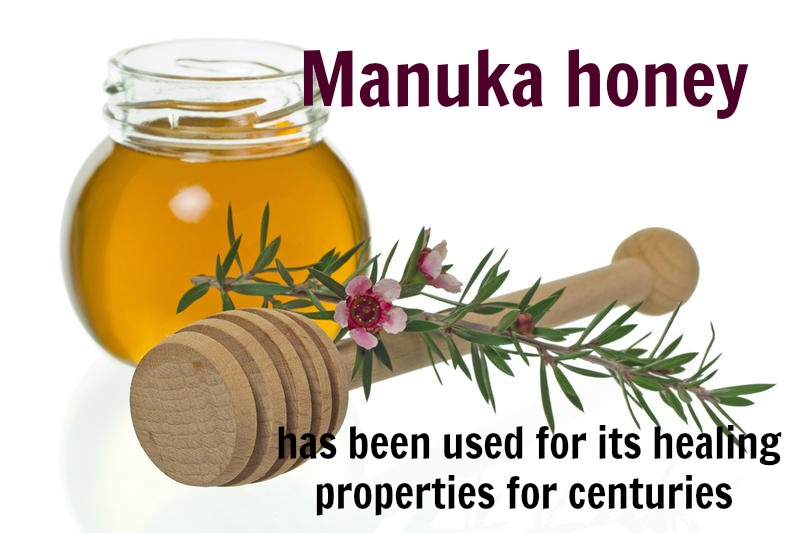 Throughout history, honey has played a significant role in cultures around the world, both as a desired food and an important medicine. There are many uses for honey that we’ve so widely enjoyed; it is truly a gift from the busy bees. Manuka honey in particular!  Recently, Manuka Honey has been labeled as a superfood, and rightly so! Manuka Honey is derived from the nectar collected by bees feeding off Manuka bushes (Leptospermum scoparium) in New Zealand. These Manuka trees grow almost exclusively in the Eastern Cape region of New Zealand.

Using Manuka Honey As Medicine: It Has Enormous Benefits For Your Health

Honey collected from these trees contains a unique set of antibacterial, antiviral, anti-inflammatory, anti-fungal, antiseptic, digestive, antioxidant, overall health properties. Manuka Honey is a natural remedy used primarily in New Zealand by native Maori who considered it to be a native medicine. They valued its medicinal benefits (for the treatment of flu, fever, colds, skin diseases and ulcers).

When Captain James Cook discovered New Zealand, the settlers gave him a drink from the spiny leaves of the Manuka. Captain Cook wrote in his journal:

“Manuka leaves are used by many of us as tea, which has a very pleasant bitter flavor and aroma, but loses both when the leaves are dry. ”

Though it tends to be more expensive, it’s believed that it is better than regular honey. The reason for that has its roots in an extensive reputation for providing health benefits.

“According to doctors, Manuka honey’s high sugar content creates a waterless environment in which the bacteria that are infecting a wound are unable to survive. Also, thanks to the presence of an enzyme called glucose oxidase, it is acidic, which apparently adds to its unique antibacterial properties,” the Telegraph said. Additionally, several studies published in both the journal Food Chemistry and the journal Immunopharmacology and Immunotoxicology, manuka honey is rich in novel proteins known as arabinogalactans, which show to enhance immune activity and the release of anti-inflammatory cytokines when it’s applied to the wounds. Not only Manuka honey has special enhanced healing properties that can not be found in other honeys, but often has a better effect than the conventional drugs.

Manuka Honey Can be used for:

Manuka honey acts as an anti-inflammatory agent. It also stimulates the growth of new blood capillaries and provide nutrients, enhancing the regeneration of new skin cells.

According to Dr. Ralf Schlothauer, Ph.D., at Comvita, New Zealand’s largest supplier of medical Manuka Honey,  true medical manuka is sold with a “UMF” label, a seal that the honey contains “unique manuka factor.” Schlothauer said that unique factor is a concentration of antioxidant phenols that inhibit bacterial growth.

Thus, before you buy this genuine gem, make sure it has an official logo, stating its certification in special UMF (unique manuka factor).