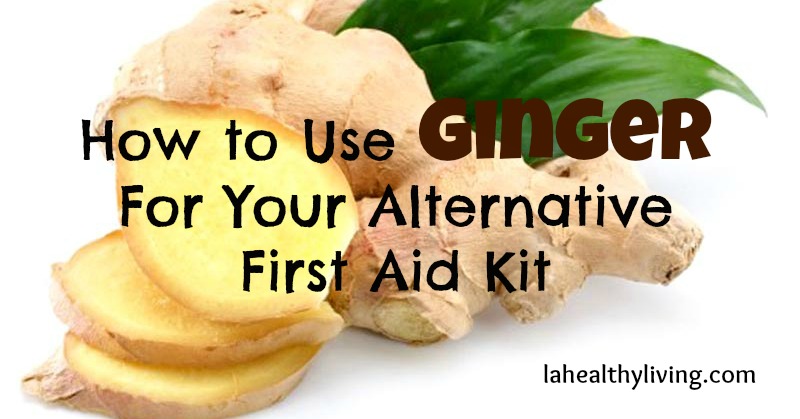 Ginger has been used medicinally for centuries and in the U.S. is perhaps most known for its ability to soothe nausea and stomach upset. It is without a doubt the best remedy I know of for nausea. You don’t need much just a piece the size of your fingernail minced very finely and swallowed.  It is phenomenally effective.

But now new research suggests this natural root may provide help for much more, including for arthritis pain, heart health, and people with asthma, in whom ginger may enhance the effects of the bronchodilating medications conventionally used to treat their condition. It may even be useful for weight control!

Ginger is Anti-Inflammatory and May Provide Pain Relief

Ginger’s anti-inflammatory properties have made it a valuable tool in pain relief for centuries. In 2001, research showed that ginger extract helped reduce knee pain in people with osteoarthritis.

And earlier this year a study found that women athletes taking three grams of ginger or cinnamon daily (that’s less than one teaspoon) had a significant decrease in muscle soreness. Ginger has even been found to be as effective as ibuprofen in relieving pain from menstrual cramps in women.

Furthermore, the pain-relieving potential of ginger appears to be far-reaching. Along with help for muscle and joint pain, for instance, ginger has been found to reduce the severity of migraine headaches as well as the migraine medication Sumatriptan – with fewer side effects.4

Another recent study, which was presented at the American Thoracic Society International Conference, found that adding ginger compounds to isoproterenol, a type of asthma medication called a beta-agonist, enhanced its bronchodilating effects.

Conventional asthma treatment typically consists of a non-steroidal bronchodilator, an anti-inflammatory agent that you inhale, which causes the smooth muscle cells in your lungs to relax.

This helps to open up your airways. If that doesn’t t work, the next step is typically an inhaled steroid, which is a very potent anti-inflammatory agent.

Part of the explanation for ginger’s benefits for asthma are its potent antioxidant activity, which is attributed to constituents such as gingerols, shogaols and zingerones. It is believed that these compounds have particular anti-inflammatory and analgesic properties similar to non-steroidal anti-inflammatory drugs (NSAIDs).

Because ginger enhances bronchodilation, it may provide a much safer alternative, or at least adjunct, to current medications on the market, which is badly needed. While asthma is a serious condition that can be fatal if left untreated, asthma medications themselves carry serious, even lethal side effects.

For example, the common asthma drug Advair contains the long-acting beta-agonist (LABA) salmeterol, which can actually increase the severity of an asthma attack as well as the risk of death from asthma problems.

The drug used in the above-mentioned study, isoproterenol, was also linked to an epidemic of asthma deaths that occurred in the 1960s, whereas conventional asthma treatments have also been found to increase your risk of heart disease, cataracts and osteoporosis, just to name a few of the additional risks.

If you have asthma, I suggest looking into The Buteyko Method, which teaches you how to bring your breathing volume back toward normal or, in other words, to reverse what’s called chronic hyperventilation or chronic overbreathing. When your breathing is normal, you have better oxygenation of tissues and organs.

Ginger for Nausea and Motion Sickness

Ginger is wonderful for your gastrointestinal tract, as it is both carminative (preventing flatulence) and an intestinal spasmolytic (meaning it prevents spasms by soothing your intestinal tract).  If you struggle with motion sickness or nausea (from pregnancy or chemotherapy, for example), ginger should be a staple in your diet. Research shows:

Ginger May be Useful for Diabetics

If you have diabetes or pre-diabetes, listen up. Ginger appears to be useful both preventively and therapeutically for this condition, via effects on insulin release and action, and improved carbohydrate and lipid metabolism. According to one comprehensive review, one study found that after consuming three grams of dry ginger powder for 30 days, diabetic participants had a significant reduction in blood glucose, triglyceride, total cholesterol and LDL cholesterol. It’s thought that ginger has a positive effect on diabetes because it:

Ginger also has a protective effect on diabetes complications, including offering protection to the diabetic’s liver, kidneys, central nervous system and eyes.

Adding yet another benefit to this wonderfully warming spice, ginger has been shown to enhance thermogenesis and reduce feelings of hunger, offering a potential role in weight management.  Like cayenne pepper and turmeric, ginger may temporarily increase thermogenesis in your body, where your body burns fuel such as fat to create heat, with obviously beneficial impacts on metabolism and fat storage. Research suggests that consuming thermogenic ingredients may boost your overall metabolism by up to 5 percent, and increase fat burning by up to 16 percent. It may even help counteract the decrease in metabolic rate that often occurs during weight loss.

Even More Reasons to Eat Ginger …

Ginger has broad-spectrum antibacterial, anti-viral, antioxidant and anti-parasitic properties, to name just several of its more than 40 pharmacological actions. According to research compiled by GreenMedInfo, ginger may also be useful for:

Over the past decade, researchers have also discovered that ginger may offer potent cardiovascular benefits by:

Finally, research published in the British Journal of Nutrition  has demonstrated the in vitro and in vivo anticancer activity of ginger, suggesting it may be effective in the management of prostate cancer.

How to Use Ginger

If you’ve never used fresh ginger before you may find the gnarly brown root somewhat intimidating – but it’s incredibly easy to use. One of the simplest ways is to chop off a couple of inches of ginger root and let it steep in hot water for fresh ginger tea. You can also peel the root using a paring knife and then slice it thinly (or mince it) to add to tea or cooked dishes.

When left unpeeled, fresh ginger can be stored in your refrigerator for at least three weeks or in your freezer for six months or longer, making it incredibly easy to keep on hand. Try experimenting by adding fresh ginger and other warming spices, like cinnamon, to a cup of tea in the morning, evening or after a meal … and see if you notice any of the health benefits I’ve just described.