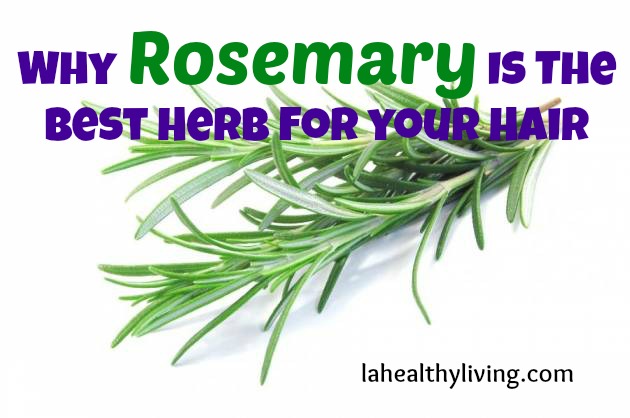 Have you ever thought of rosemary as more than just a culinary spice? This might surprise you but rosemary has been used for centuries to treat hair, skin, respiratory and memory problems. It not only stimulates hair growth and makes your hair shiny, but also helps prevent and combat dandruff.   As a bonus, you hair will smell heavenly… given that you like the smell of rosemary.

Why Rosemary Is The Best Herb For your Hair

How to Use Rosemary for You Hair

Rosemary oil (here) can be used directly on the scalp.  Rosemary can also be used as a tea rinse for hair. It is ideal for people with dark hair because it brings out their highlights.
Rosemary tea recipe for hair

Pour a cup of boiling water over 2 teaspoons of dried or fresh rosemary leaves (here).   Cover and allow steeping for 15 minutes. Once the tea is done, let it cool. Apply the rosemary tea to damp shampooed hair. Leave it for 10 minutes and then rinse the hair with warm water.