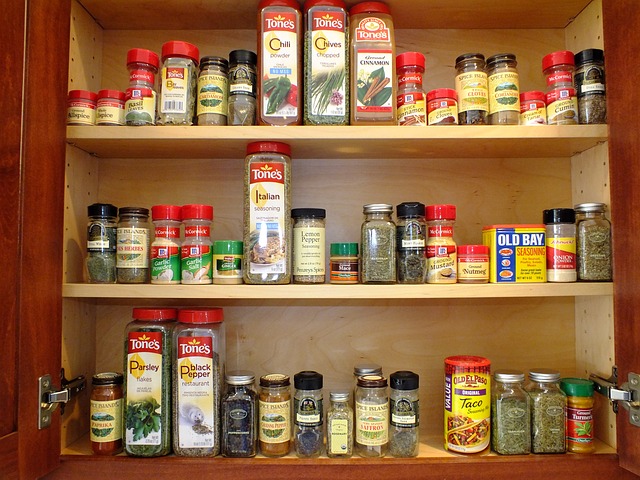 Did you know that conventional spices contain harmful ingredients?  When you buy conventional spices, they often contain artificial Colors, preservatives, and gmos. Many of the spices most people buy are treated with chemicals, contain GMOs and are irradiated.
According to Thomas Fricke, co-founder and president of ForesTrade, an organic spice company in Brattleboro, Vermont, “Virtually all conventional spices sold in the United States are fumigated [sterilized] with hazardous chemicals that are banned in Europe

Spice contamination usually occurs during processing storage, distribution, sale. Spices can be contaminated with insect parts, rodent hair and feces.  So in order to get rid of these not so yummy ingredients,  conventional spice producers sterilize their spices with toxic chemicals. such as ethylene oxide. Ethylene oxide exposed lab rodents had similar cancers, and cellular studies confirm that ethylene oxide causes genetic (DNA) mutations and chromosomal damage that can lead to cancer (see summary of relevant cancer data here).

According to The United States Environmental Protection Agency,

The acute (short-term) effects of ethylene oxide in humans consist mainly of central nervous system (CNS) depression and irritation of the eyes and mucous membranes.  Chronic (long-term) exposure to ethylene oxide in humans can cause irritation of the eyes, skin, and mucous membranes, and problems in the functioning of the brain and nerves.  Some human cancer data show an increase in the incidence of leukemia, stomach cancer, cancer of the pancreas, and Hodgkin’s disease in workers exposed to ethylene oxide.  However these data are considered to be limited and inconclusive due to uncertainties in the studies.  EPA has classified ethylene oxide as a Group B1, probable human carcinogen.

Another process of sterilizing spices is food irradiation. It is the process of using radiation to kill bacteria and other contaminants. But while radiation is used to reduce bacteria in the spices we are consuming, the finished product has decreased levels of vitamins and natural enzymes. Irradiation changes the chemical composition of a spice, potentially creating toxic, carcinogenic by-products in the food and increasing our exposure to free radicals. Free radicals cause aging and disease – something we want to avoid at all costs!

A large number of spices on the market today contain monosodium glutamate (MSG),  a known carcinogen, endocrine disrupter and killer of brain cells, which may also be linked to the development of cardiac problems, kidney problems, neurological disorders, Alzheimer’s, Parkinson’s and Lou Gehrig’s disease. It can also  lead to inflammation, migraines, obesity and/or cell damage, to name only a few potential effects.

MSG hides under many names, including but not limited to hydrolyzed protein, sodium caseinate, yeast extract, textured protein and autolyzed yeast.  Most spices contain free glutamate- which is essentially the same as MSG. Instead of adding straight monosodium glutamate they process ingredients in such a way  as to create free glutamic acid to get the desired effect without labeling.

Organic spices don’t contain any fillers, synthetic anti-caking agents, artificial colors, flavors or preservatives that may be found in conventional spices. They’re also not irradiated and are free of genetically modified ingredients.