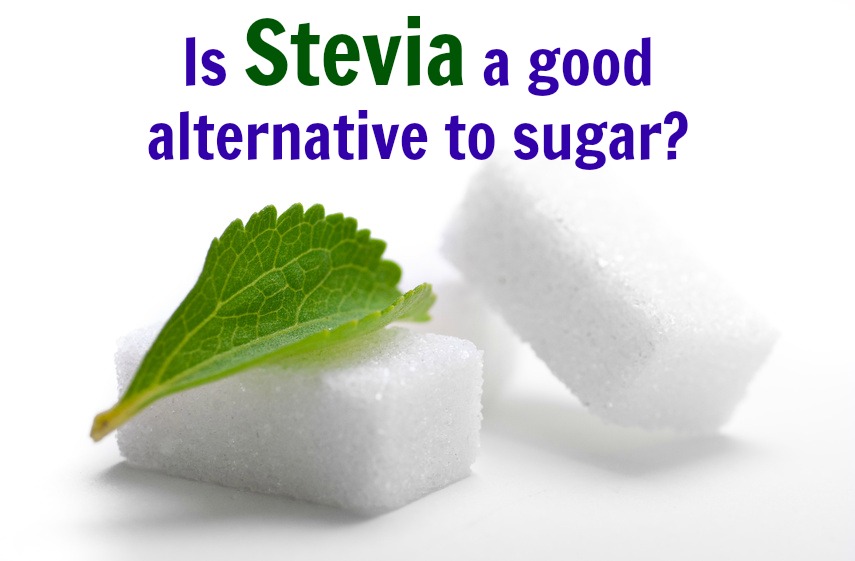 I am sure by now we are all familiar with Stevia, or at least have heard about it. Some of you might think that Stevia is just one of the many sugar substitutes similar to Splenda. However, this couldn’t be further from the truth. Stevia is a 100% natural sweetener extracted from the leaf of the Stevia plant where other sweeteners are chemically produced. Stevia rebaudiana is a South American shrub. It grows in semi-arid areas of Brazil and Paraguay.  Guarani people originally used the leaves of the plant  for generations as a sweetener. They jealously kept these sweet plants as a secret to the rest of the world; thus, only in 1887, thanks to the South American naturalist Antonio Bertoni, Stevia has become known to the world. It turned out that in America there are almost 300 varieties of stevia, but only Stevia  rebaudiana has a sweet taste. Its leaves are 10-15 times sweeter than regular sugar.
Omica Organics Liquid Stevia Botanica Liquid Stevia – Plain

Is Stevia a good alternative to sugar?

The secret of its sweetness lies in the fact that the plant accumulates and contains a compound substance – stevioside. This substance is made of glucose, sucrose, steviol and other compounds. At the present time, stevioside is the sweetest natural product. In its pure form stevioside is 300 times sweeter than sugar. Until recently, the FDA has prohibited the sweetener from use in foods in the United States or Europe in order to promote the sales of aspartame, a artificial chemical sweetener, which has never been shown to be safe for human consumption. Fortunately, this was one of the rare instances when the best interest of the consumer has prevailed due to the efforts of people who have been warning about the dangers of aspartame. Most stevia is not sold in its raw, unprocessed form, but in powdered or liquid extract form.

Stevia was found to contain different antioxidants including apigenin, kaempferol and quercitrin.  Researchers have discovered stevia extracts’ ability to protect DNA strands against damage by hydroxide radicals. Additionally, Webmd.com suggests  that stevia could lower high blood pressure by using between 750-1500 mg of stevioside each day.

Also Stevia contains no calories and will not raise blood sugars. In fact, the research has showed that stevia is an insulin sensitizer that can aid in glucose tolerance and clearance after a meal. Stevia has been used by the Japanese for years in the treatment of type 2 diabeties. One of the most recent studies which was performed on fructose-fed rats, has showed that a single instance of oral stevioside increased insulin sensitivity and reduced postprandial blood glucose in a dose-dependent manner.
In conclusion, extract made from the leaves of the Stevia plant is undoubtedly the safest sweetener on the market. You can enjoy the natural sweetness without the guilt of the calories.
Omica Organics Liquid Stevia Botanica Liquid Stevia – Plain