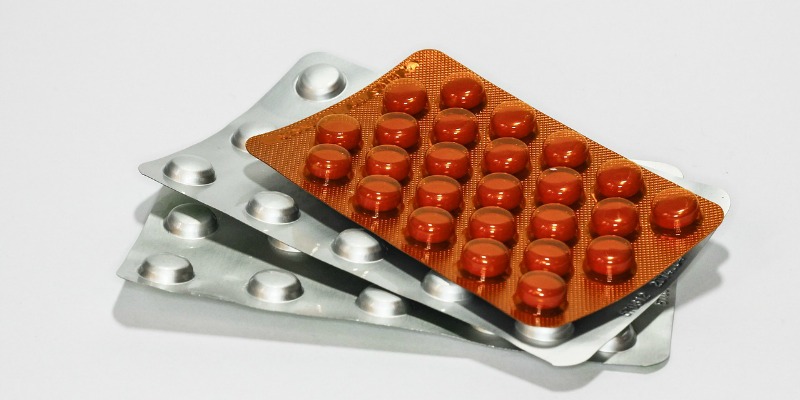 Statistics say you would raise your hand if I asked you whether you’ve ever taken a birth control pill once or twice in your life. Most of us women have. In fact, over 100 million women worldwide are currently on the pill. Talk about an extremely profitable pharmaceutical product. I admit, I used the pill when I was around 20. I didn’t do it for contraceptive purposes; I did it to cure my acne. I was told it was the fastest way to do so. And I admit, it worked. Back then I didn’t know any better; I was taught to trust my doctors. But knowing what I know now, I will never use it again. I can’t tell you what to do but I can show some facts that hopefully will lead you to the right decision.  These are the things I wish all gynecologists told women about the pill.

Women throughout centuries have used different natural and sometimes really odd birth control methods.  As an example, ancient Egyptian women used a combination of cotton, dates, honey and acacia as a suppository.  They smeared it over wool and use it as a pessary to prevent conception. Another method was a concoction made of crocodile dung, honey and sodium carbonate that was inserted into the vagina to block and kill sperm. According to some evidence,  the Romans used Queen Anne’s lace, which is still used in India and has been shown to have anti-fertility properties. The modern pill was Introduced in the 1960’s,  it quickly became one of the most popular birth control methods in the world.  However, this new pill contained really high levels of estrogen and progestin which had many dangerous side effects.  The amount of hormones in the pill was 10 times than needed for contraception. The consequences were horrible: thousands died or became disabled by blood clots.  40 years later the pill might have a different formula, but the possible dangerous side effects remain.  See for yourself…

10 Things I wish All Gynecologists Told Women about the Pill

Sex, Lies, and Menopause: The Shocking Truth About Synthetic Hormones and the Benefits of Natural Alternatives

1. The pill is a carcinogen.

According to the World Health Organization,  birth control pills are in the  same class of toxins as tobacco and asbestos.

2. The pill lowers your libido.

The pill inhibits the production of certain hormones called androgens, such as testosterone, which directly interfere with sex drive and pleasure.

3. The pill leads to plaque buildup in arteries.

According to research done at the University of Ghent, Belgium, and presented at a conference of the American Heart Association, every 10 years of oral contraceptive use was correlated with a 20 to 30 percent increase in plaque buildup. Studies show that newer birth control pills contain drospirenone, a synthetic version of the female hormone, progesterone, which leads to a higher risk of blood clots than previous forms.

4. The pill can cause cancer.

Using the Pill increases your risk of breast cancer… the longer you use it, the higher your risk of disease.
5. The pill is linked to weaker bones.
According to Canadian researchers, women who are taking birth control pills have lower bone mineral density (BMD) than women who have never used oral contraceptives.

6. The pill and weight gain.

The pill often leads to weight gain which happens because of estrogen dominance and leads to insulin resistance–as well as depression and even psychosis.

7. The pill and diabetes.

According to a study released by the Center for Disease Control and Prevention, ” hormonal contraceptive methods may increase a woman’s risk for GDM (gestational diabetes) in her following pregnancy, even after adjusting for maternal age, race, education and income level, marital status, Medicaid status at delivery, and type of prenatal care received”.  Women who used the pill before getting pregnant are 40% more likely to suffer from gestational diabetes than women who do not use any method of birth control, a new study suggests.

8. The Pill damages our gut flora.

Birth control pills destroy the good bacteria in your digestive system which opens up a pathway to yeast infections and other illness.  Usually, when women decide to get off the pill and have babies, they develop a severe gut dybiosis. Gut dysbiosis is a condition of microbial imbalance in the intestines. It can cause  arthritis, autoimmune illness, vitamin B deficiency, chronic fatigue syndrome, cystic acne, eczema, food allergies and food sensitivities, inflammatory bowel disease, irritable bowel syndrome, psoriasis and more. Moreover, when you give birth naturally, your baby inherits your gut flora. If your gut flora is imbalanced, your baby consequently inherits it. (read more on gut flora)

9. The Pill and nutritional depletion.

Most women do not realize that birth control pills deplete nutrients. These nutrients include:  Folic Acid, Vitamin C, Magnesium and Zinc. The pill also lowera the levels of many B vitamins, such as thiamin (B1), riboflavin (B2), niacin (B3), pyridoxine (B6),  B12 and deplete the amino acid tyrosine.  Tyrosine is needed to produce norepinephrine and endorphins, which are necessary for maintaining good mood, concentration, memory, motivation, appetite and a overall healthy mental state.

* Depletion of important nutrients, including vitamins B2, B6 and B12

Think twice before taking the pill.  You need to take into account future long term health implications that can ruin your health and potentially the health of your baby.