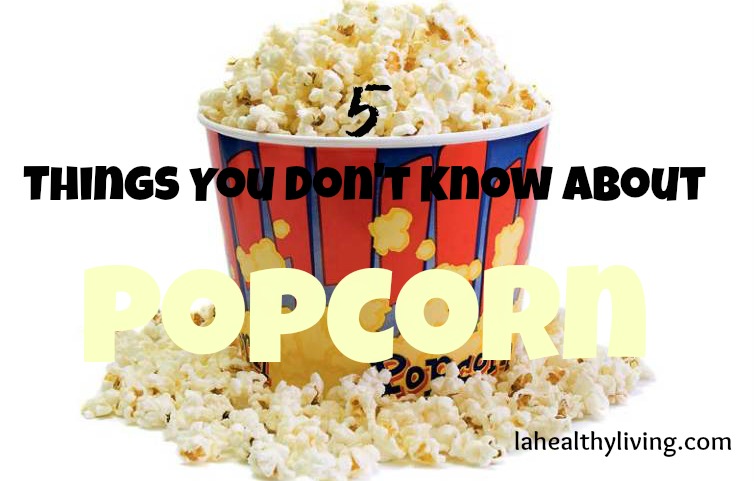 Don’t we all love popcorn? We often view popcorn as a healthy substitute for unhealthy snacks. Most parents would rather buy popcorn than candies for their children to snack on.  But is it really a healthier substitute? After all, it’s not like popcorn is made out of as many unpronounceable ingredients.  It’s just corn, right?

The popcorn you buy at the movie theater (and for the microwave) most likely has been treated with all kind of insecticides, herbicides, fungicides and fumigants.

Popcorn contains a massive amount of chemicals.  Just check out the 2013 Agri-Chemical Handbook on Popcorn.org

5 Things You Don’t Know about Popcorn But Should

1. Most popcorn is not in it’s organic state. Commercial microwavable popcorn is not healthy.  It’s loaded with toxins that lead to many health issues including Alzheimer’s, lung disease and chronic kidney disease.

2. The lining of microwave popcorn bags causes immune system and liver damage. Perfluorooctanoic acid (PFOA), found in the lining of the bag, is linked to many health problems, according to a recent study from UCLA.

3. Commercial popcorn is made with vegetable oils. Vegetable Oils are dangerous for your health as they get oxidized right away when they are subjected to heat. This leads to the creation of free radicals, which, as we know, contribute to premature aging and many diseases.

Good news, you don’t have to give up popcorn completely. You can pop organic kernels the old-fashioned way, in a skillet.  Just add grass fed butter and sea salt. Try making it with organic coconut oil.  Or,  you can use an air popper or a stove-top popcorn popper.