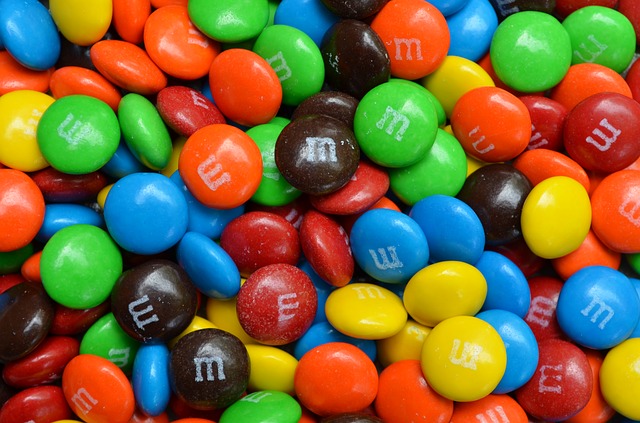 Mars, inc. was founded by Franklin Clarence Mars. He started the Mars candy factory in 1911 in Tacoma, Washington. One of the most popular candies created by the Mars company is, M&Ms.

M&Ms were created in 1941 and are now sold in over 100 countries with 33 different fillings. The candy-coated chocolate was created to allow soldiers to carry chocolate without the worry of it melting. “Melts in your mouth, not in your hand”.

The two “M”s represent Forest E. Mars Sr and William F. R. Murrie, the son of Hershey chocolate’s president who had a 20% share in the product. This partnership allowed Mars to use Hershey chocolate in their products. Hershey had control of the rationed chocolate at the time.

In 1976, Red candies were eliminated due to consumers health concerns of suspected carcinogen found in dye FD&C Red #2. Red candies were reintroduced in 1986 and Mars, inc. has continued to receive petitions about removing the artificial colors.

A petition by Change.org and a press release from Center for Science in the Public Interest (CSPI) described the artificial colors as “neurotoxic chemicals”.

This petition was similar to that of Kraft, urging them to remove dangerous Yellow #5 and Yellow #6 from its Macaroni and Cheese which was supported by 350,000 signatures.

The CSPI urged the petition to recommend warning labels listing the alleged risks of eight approved FD&C food colors. The CSPI’s Dr Jacobson said: “The evidence that these petrochemicals worsen some children’s behavior is convincing.
“I hope that the committee will advise the agency to both require warning notices and encourage companies voluntarily to switch to safer natural colorings.”

Let’s look at the current ingredients listed on a bag of Original M&Ms:

What are the harm of these ingredients:

•Soy lecithin: 93% of soy is genetically modified. Soy lecithin can cause breast cancer, has negative effects on fertility and reproduction, may lead to behavioral and cerebral abnormalities.

“Lake” within these artificial colors means salt was added to the color. This makes the color insoluble in liquids.

•Blue #2: Is a petroleum based product with a chemical formula of C16H10N2O2. It increases hyperactivity in children, increases brain tumors in lab rats and other abnormal cell development.

•Gum Acacia: Is a dietary fiber from the Acacia tree. It causes gas, bloating, nausea and loose stool.

Unfortunately the Mars company has chosen to continue to use these artificial colors because the FDA has stated they are safe for human consumption. They choose to ignore the scientific data stating otherwise, even though there are other natural, safe color alternatives. In 2007 Forbes reported Mars, inc. made $27.4 million dollars. I think they can afford to make some positive changes to their products, until then, they won’t see a penny of my money.