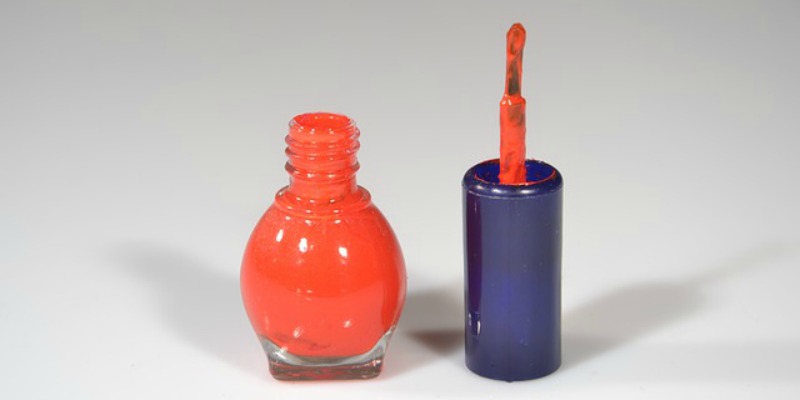 What woman doesn’t like pretty nails? There is something about getting your nails done that makes you feel good. I love going to nail salons. It’s not only convenient, it also makes you feel relaxed. Unfortunately, most nail places are far from being called natural. Most of the nail products used contain chemicals that can cause many health problems. When we think of nails and nail polish, we don’t take what we put on our nails seriously, after all it’s not the skin we are talking about. I hate to disappoint you, but using nail polish is as dangerous as putting toxic chemicals on your skin. Let’s look at the ingredients in most popular nail polish.

Most nail polish, including “non toxic” ones, contains 3 ingredients that are very toxic: Toluene, Formaldehyde, and Dibutyl phthalate (DBP). All of these chemicals can be absorbed into the body through the nail bed.   According to a report written by  California’s Department of Toxic Substances Control,  most of the nail polishes the state agency tested (who claimed to be free of these 3 chemicals) contained the chemicals, often at higher levels than nail polishes that made no such claims.

Your Nail Polish is Toxic

Toluene is added to most nail polish to make it apply more smoothly. It’s a highly toxic chemical that is also used in gasoline as an octane booster, it’s also used as a raw material to create TNT. Toluene has been linked to headaches, nausea, birth defects, developmental abnormalities, liver and kidney damage. Toluene is also damaging to your nervous system.  Toluene crosses the blood-brain barrier and interacts with important neurotransmitters like GABA and dopamine which can result in cerebral and cerebellar degeneration leading to seizures, decreased cognition and blindness. Unlike America, the European Union has banned toluene for these reasons.

Dibutyl phthalate (DBP) is a chemical used to keep nail polish from chipping. Such nail polish as Sally Nansen and OPI use the ingredient even though it has been linked to cancer in lab animals as well as long-term fertility issues in newborn boys.  DBP is a known reproductive and developmental toxin. It’s interesting that Dibutyl phthalate (DBP) has been banned in Europe but not here in the United States.  Environmental groups are begging for a ban on DBP in the United States,  unfortunately there are no laws that require companies to prove their products are safe first.  In 2006, the Centers for Disease Control and Prevention, or CDC, measured phthalate levels in the urine of over 2,600 people and found that phthalates were widespread in this sampling of American adults, especially women.

Formaldehyde is often used as a preservative, a sterilizer and also to embalm bodies. Most nail polish contains this toxic ingredient which has been connected to lung and nasal cancer and is considered a known carcinogen by the International Agency for Research on Cancer.  This chemical is used as a nail-hardening agent and can evaporate into the air, causing you to inhale it. It can also cause irritation of the eyes, nose and throat. Unfortunately, it is in several of the products you often buy and use around your home.

If you love getting your frequent manicures and pedicures, try finding a healthy salon or even bring your own natural nail polish. You can also give yourself a manicure at home with legitimately nontoxic nail polishes such as  Honeybee Gardens and Aquarella that have low-hazard ratings from the Environmental Working Group’s Skin Deep Cosmetic Safety Database.