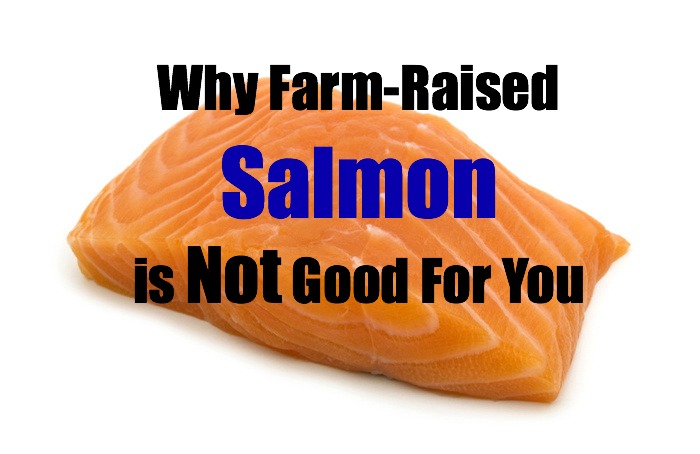 When you thought it couldn’t get any worse, it kind of did! With all the ballot measures to label genetically modified foods and the tremendous concerns from the public, the food industry and FDA are still following the path of health destruction. Just recently the FDA gave the green light for the production of genetically engineered salmon as food.

USA Today reports that “The Food and Drug Administration on Friday released an environmental assessment of the AquaAdvantage salmon, a faster-growing fish which has been subject to a contentious, years long debate at the agency. The document concludes that the fish “will not have any significant impacts on the quality of the human environment of the United States”. The FDA will take comments from the public on its report for 60 days before making it final.
If FDA approves the production of the GM salmon, it would be the first scientifically altered animal approved for food anywhere in the world. Critics have already started calling the modified salmon a “frankenfish.”

Why Wild Caught Salmon is Best

We often opt for the food that is less in price but somewhat of the same quality. If you shop at conventional stores, most likely you will have a choice between wild caught fish and farm raised. Some time ago, I wouldn’t even think twice but go for the lesser one in price. Sure enough, farm raised beat the wild one in its affordability. However, it is worth spending more money on Wild Salmon because of all the health benefits it provides. It is truly a superfood if found in non-polluted waters. Alaskan salmon is considered the best type of salmon due to the remote Alaskan waters where they live. In comparison, farm salmon which are housed in net cages located in the ocean close off shore, are associated with some health risks because of the antibiotics and other chemicals used to treat farmed fish.
Green Pasture’s Blue Ice Fermented COD Liver Oil – 120 Capsules

Why Farm-Raised Salmon is Not Good For You

Farmed fish consist of more fat and less Omega-3 fatty acids due to the smaller area in which they swim, and the constant availability of food.

According to one of the studies, Farm-raised salmon contains significantly higher concentrations of PCBs, dioxin and other cancer-causing contaminants than salmon caught in the wild. Farmed fish contain higher concentrations of contaminants than wild fish largely because they are fed meal that consists of ground-up fish tainted with contaminants. Many researchers are convinced that  eating farmed salmon leads to an increased cancer risk due to high amounts of PCB’s the low-quality of nutrients.

The rich pink color of wild caught salmon comes from red algae, shellfish, certain insects, and all the natural food of the ocean that they consume. Since farmed salmon are fed genetically modified grains and dead animal parts, their flesh is naturally grey. So, they are given artificial colorings to make them more appealing. The chemicals used to make it pink are canthaxanthin and astaxanthin.

So next time you are offered Salmon, make sure it is wild caught. Additionally, canned salmon would be a great affordable choice as well since farm raised salmon does not can well. Thus, they have to use a wild one.  If you do choose to eat farmed salmon, the Environmental Working Group  suggests eating no more than one serving of farmed salmon a month.
Green Pasture’s Blue Ice Fermented COD Liver Oil – 120 Capsules