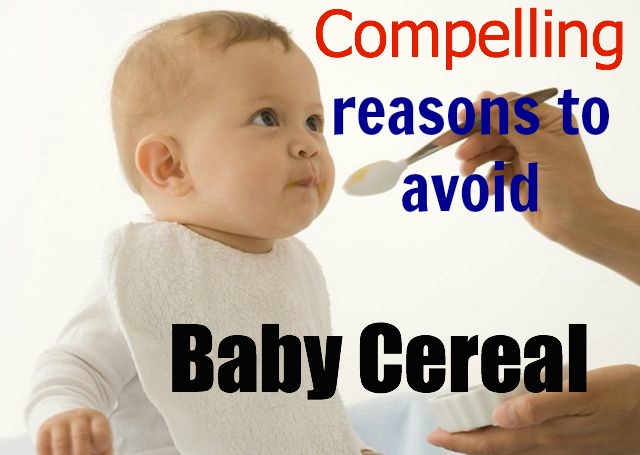 We can all agree that when it comes to our kids, we want the very best for them. According to our knowledge, wisdom, and the facts we know, as parents we try to raise our kids well. Since I’ve strayed away from mainstream nutritional wisdom, conventional baby food will not work for me. When it comes to my baby, I dig deep into research. I refuse to be a blind parent being led by deceiving facts or marketing gimmicks.  So first of all, forget what all the big cereal companies are feeding you and your baby!  Why?

Extensive research has proven the dangers of feeding cereal to your baby, so the choice is yours. Remember, there are much better alternatives for your baby than a box of cereal.