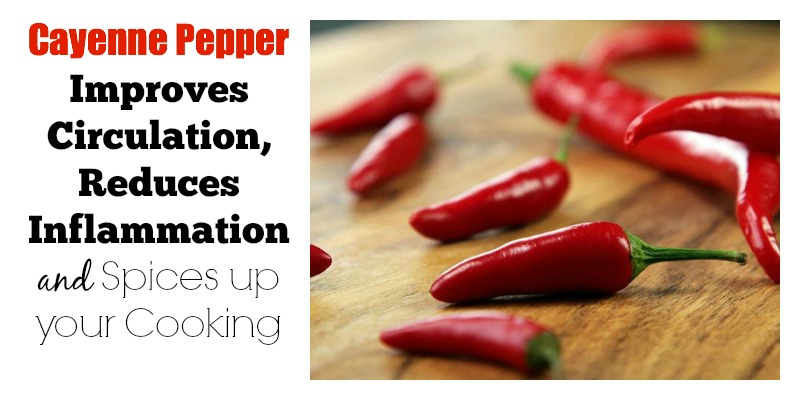 Cayenne pepper comes from red, hot chili peppers which belong to the nightshade family.   It is named after the city Cayenne (in French Guiana). In the 16th-19th centuries the city was a major port for the export of spices to Europe. Called a “King of Herbs”, cayenne pepper was used traditionally by ancient healers and herbalists. They argued that this herb needs to be added to the top ten list of most useful herbs because the healing properties of Cayenne pepper reinforce the effectiveness of all the other nine herbs. One of the most famous herbalists, Dr. Shulze said, “If you master only one herb in your life, master cayenne pepper. It is more powerful than any other.”

As a recommended dose, you can mix half a teaspoon of cayenne powder in a cup of water, and take it two to three times daily.