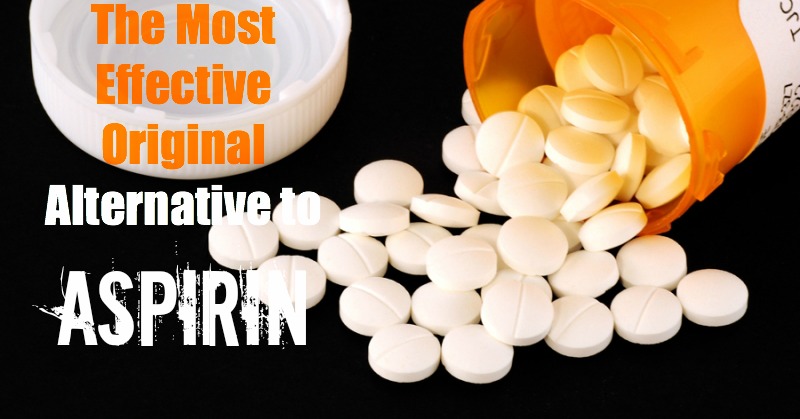 Getting a headache can be one of the worst ordeals and we would do anything to get rid of the nagging pain. Thanks to modern medicine, there is always an aspirin to grab. Aspirin is promoted as a wonder drug that thins out blood which prevents arterial clogging and also relieves pain caused by inflammation. But should we really thank Bayer or any other pharmaceutical companies for creating such a wonder pill?

Many medical studies have proven the correlation between regular aspirin use to many long term health problems such as kidney and liver diseases, bleeding and ulcers. In senior citizens, the long term use of aspirin is linked to vision and hearing problems. I am sure by now you are wondering how to get rid of your headache naturally. Good news,  you can actually avoid all these health problems by substituting aspirin with natural remedies such as White Willow Bark.  White willow bark is the original alternative to aspirin. (This is what I use – here)

The Most Effective Original Alternative to Aspirin

Willow bark contains salicin, a substance included in aspirin. American Indians chewed the inner bark of a willow to reduce fever and reduce pain.  In addition, the bark of the willow tree will ease the pain of menstrual cramps and arthritis.  White willow rightly known as a natural source of salicylic acid (precursor of aspirin used for thousands of years for joint pain and feverish conditions). This is one of the first thoroughly studied medicinal plants. In 1838 salicin was discovered as one of the main active substances of this plant. 1899 marked the start of aspirin production. Thanks to the presence or salicine, willow bark possesses antipyretic properties, anti-inflammatory and an analgesic action.

The roots of aspirin lead to White Willow Bark: The Original Alternative to Aspirin

Scientists studied the bark of a willow and separated salicin (and on this basis created synthetic salicylic acid). In 1897 synthetic acetylsalicylic acid was created by chemist Felix Hoffman. His father suffered from arthritis, but his stomach could not tolerate salicylic acid. This caring son modified salicylic acid so that it wouldn’t hurt his father’s stomach. Acetylsalicylic acid also reduces pain and fever, but harms the stomach less than salicylic. In 1899 the pharmaceutical company Friedrich Bayer & Co. started producing acetylsalicylic acid called aspirin. Now everybody is familiar with aspirin and have long forgotten about white willow bark.

Aspirin is sold without a prescription. It is used for headache, dental pain, arthritis, ridicules, flu related fever, colds and temperature. It is taken not only by sick people, but healthy as well (often for stroke prevention). Aspirin has been studied and improved for many years.  A Nobel prize was awarded to the British scientist John Vane for decoding the mechanism of action of aspirin in 1892.  Now there is hardly a man who would not be familiar with aspirin but the bark of a willow has long been forgotten. However, many people have a perception of aspirin as being totally safe. You can take it any time you have fever or pain with no side effects. But frequent use of aspirin can cause complications, sometimes very serious. Although aspirin reduces the number of strokes caused by thrombosis of the cerebral arteries, it does increase the frequency of hemorrhagic stroke due to bleeding in the brain…. You can develop allergies to aspirin and adverse kidney effects.

Most of all, aspirin depletes your body of essential nutrients. Why don’t we go back to the origins of aspirin and remember the bark of the white willow which has no dangerous side effects?