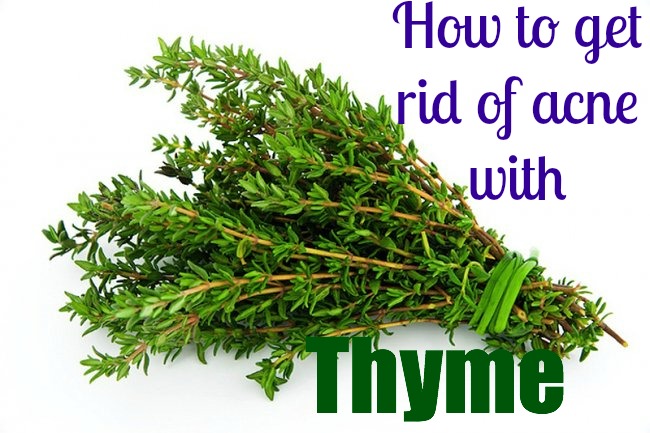 Scientists from the University of Leeds in England found that the infusion of thyme, which many consider a essential cooking spice, actually fights acne better than popular products sold in beauty departments. Acne is caused by a bacterium called Propionibacterium which forms pimples by infecting skin pores. Essential oils in thyme are able to kill this bacteria. What’s more, it has greater antibacterial effect than benzoyl peroxide (which is used in most acne products). Benzoyl peroxide is responsible for killing the beneficial bacteria as well.

Thyme has flavonoids such as apigenin, luteolin, and  thymonin which elevate thyme`s antioxidant properties. Additionally,  thyme acts as an antiseptic, which is very important for the treatment of acne. Now, cosmetics specialists and pharmaceutical industry specialists have noted this discovery: they want to use thyme in production products and creams for acne.  But you can make this tincture at home because you only need one ingredient – thyme.
Thyme (red) Essential Oil. 30 ml (1 oz). 100% Pure, Undiluted, Therapeutic Grade.

How to get rid of acne with Thyme

Make a tincture of fresh or dried thyme sprigs by mixing ½ Cup of thyme with 2 cups of water. Then, bring the mixture to a boil and let it steep until it is completely cool. Apply onto your skin with a cotton ball or spray on with a mist spray bottle. This tincture can be stored in the refrigerator for about a week.

What’s more, thyme does not overdry your skin.  Perhaps, this will bring a pleasant end to your fight with acne!