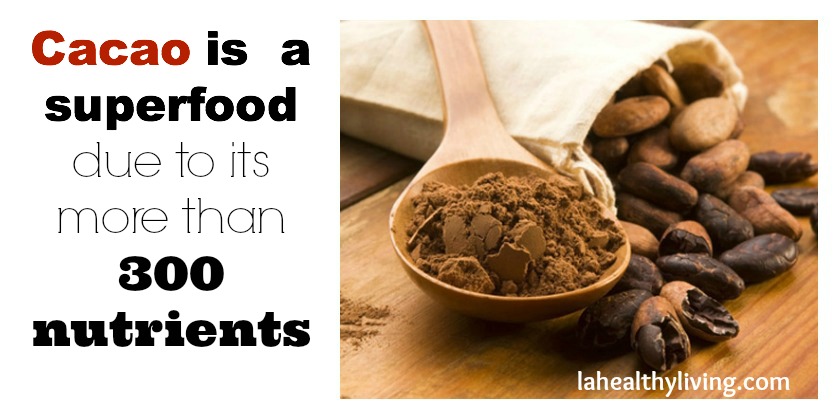 Cacao – the small evergreen tree grown in South America can be considered the sweetest tree in the world since its fruit creates the most desirable delicatessen in the world.  The word “cacao” was invented by the Aztecs who were the first to prepare the cacao drink cacahuatl, which included water, cacao, vanilla, maize, chili pepper and salt. Cacao beans were considered by the Aztec’s as a sacred gift of the gods. Cacao beans were so valued that they were used as currency. When Indians traded with the Spanish conquistadors, the secret of the powerful drink became well known in Europe.  Then, Europeans started to grow the cacao trees across the European colonies. Cacao beans (like these) are used for the manufacture of cacao powder and cocoa butter, which are used in cooking, perfumery, cosmetology and even medicine.

Cacao Slows Down Aging and Keeps You Healthy

One of the most amazing properties of cacao beans is their high content of antioxidants. These antioxidants are flavonoids responsible for fighting and preventing free radical damage. The incredible power of cacao beans can slow down aging and significantly strengthen your immunity.
Healthworks Certified Organic Raw Cacao Nibs – 16oz/1 Pound

Cacao is great for your skin as the antioxidants contained in it boost collagen protection. Raw cacao beans contain more than 320 various antioxidants. No other product in the world can be compared to it. These antioxidants fight
free radicals in  our body and protect against viral and bacterial infections. It is proven that it is the formation of large quantities of free radicals that often causes many diseases, including cancer. The levels of antioxidants in our body is directly connected with our biological age and life expectancy.

Cacao is the source of the most powerful antioxidants

Raw cacao also contains polyphenols, which are some of the most powerful antioxidants and have the ability to break down fat and reduce the risk of developing atherosclerosis and cardiovascular disease. The anti-oxidative effect of polyphenols is much stronger than that of most common antioxidants such as vitamins C and E.

Cacao beans are considered natural antidepressants due to their content of  tryptophan, phenylethylamine, anandamide and magnesium (which help the human body to produce serotonin). These substances are the reason eating chocolate makes you happy,  it relieves anxiety and depression… it also prevents fatigue.

To get all the amazing health benefits of cacao and its anti-aging power, you have to consume cacao raw. You can either use cacao powder or cacao nibs. And of course, eat only dark organic chocolate with at least 70% cacao.
Healthworks Certified Organic Raw Cacao Nibs – 16oz/1 Pound 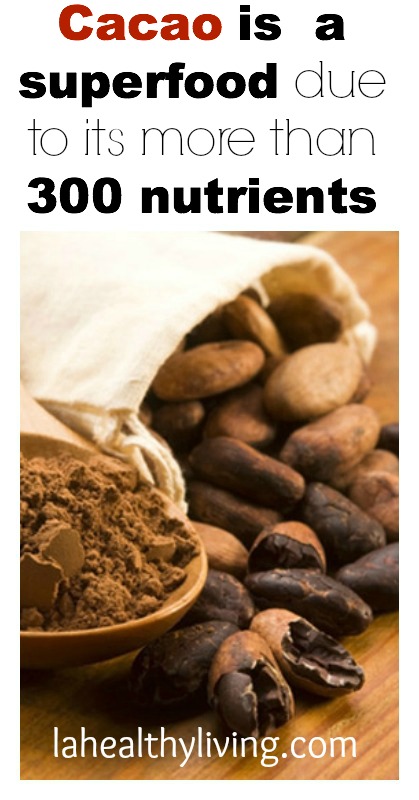